It has been a challenging beginning to my second trek on El Camino de Santiago. I’ve been dehydrated, sleep deprived for two days, and nursing tightness in my upper calf behind my left knee. Because of these setbacks, I have decided to re-start” my Camino on Thursday from Roncevalles. Having already completed the Camino Frances in its entirety in August and September, 2017, I’m not that concerned that my Compostela will state that I walked 774 kilometers rather than 799.

After all, all that is actually needed to register a completed Camino is 100 kilometers, which I why a large number of pilgrims begin from Sarria and only walk five or six days into Santiago.

My difficulties began early in my walk yesterday on leaving the town of St. Jean Pied de Port in the French Pyrenees. On the initial significant climb, I labored with breathing and immediately felt the soreness in my calf increase. It was going to be a tough morning for hiking. To somewhat alleviate my physical issues, I rested often which gave me the opportunity to admire the absolutely stunning scenery on a picture-perfect day in France. Mountain ranges, some whose peaks were still covered in snow at the higher elevations, were visible over fifty miles in the distance. At least I was sharing the beauty will several new friends that I had met the night before at the hostel.

My plan for the day had been to walk the entire 15.6 miles to Roncesvalles because I had purposely avoided making a reservation at the poplar Orisson, 4.8 miles from St. Jean. As I struggled for three hours covering the mileage, I quickly realized that there was little opportunity to make it all the way to Roncevalles by late afternoon. So on the first day of my Camino I chose the only option that sounded sane. With no beds available at Orisson, I opted to be driven from Orisson to Roncevalles with some other pilgrims. This was not what I expected to do earlier in the day; however, 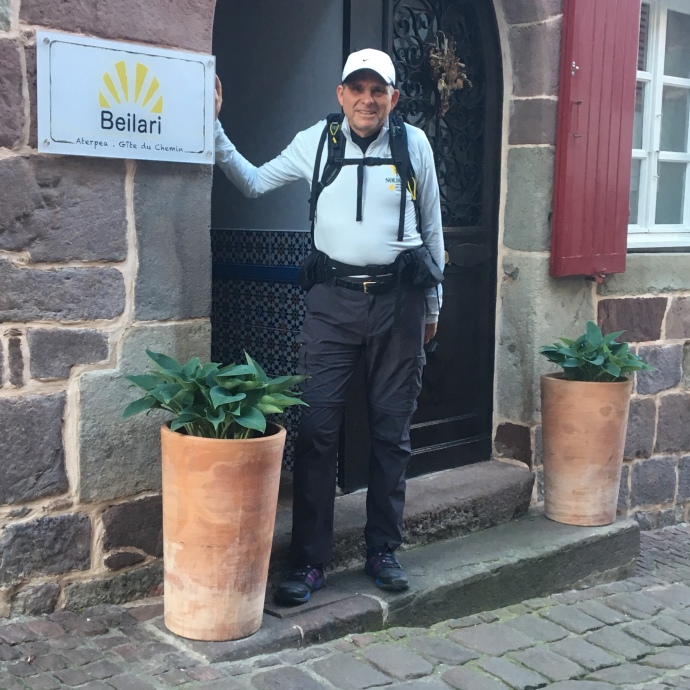 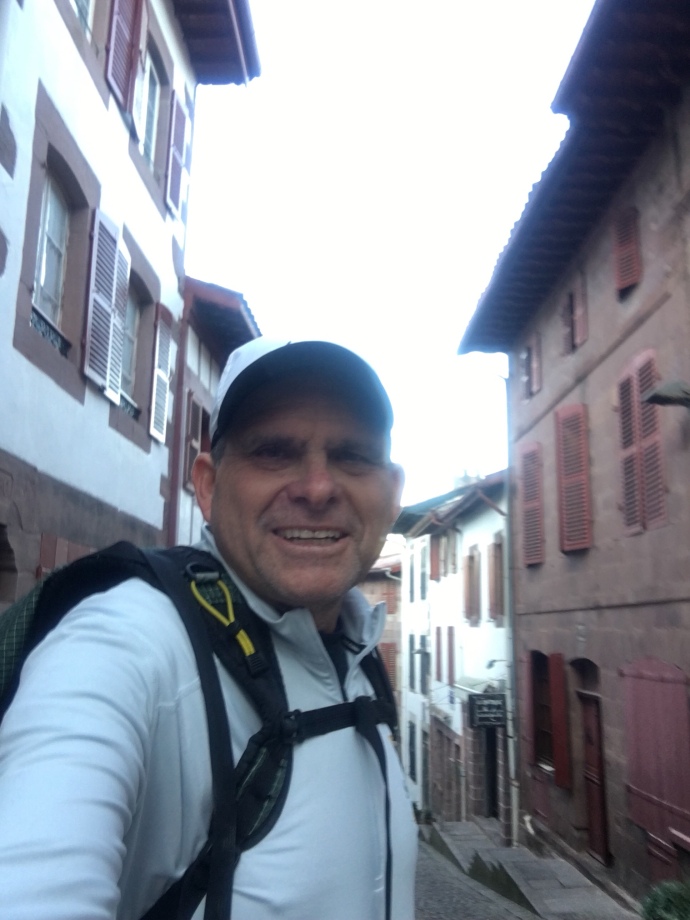 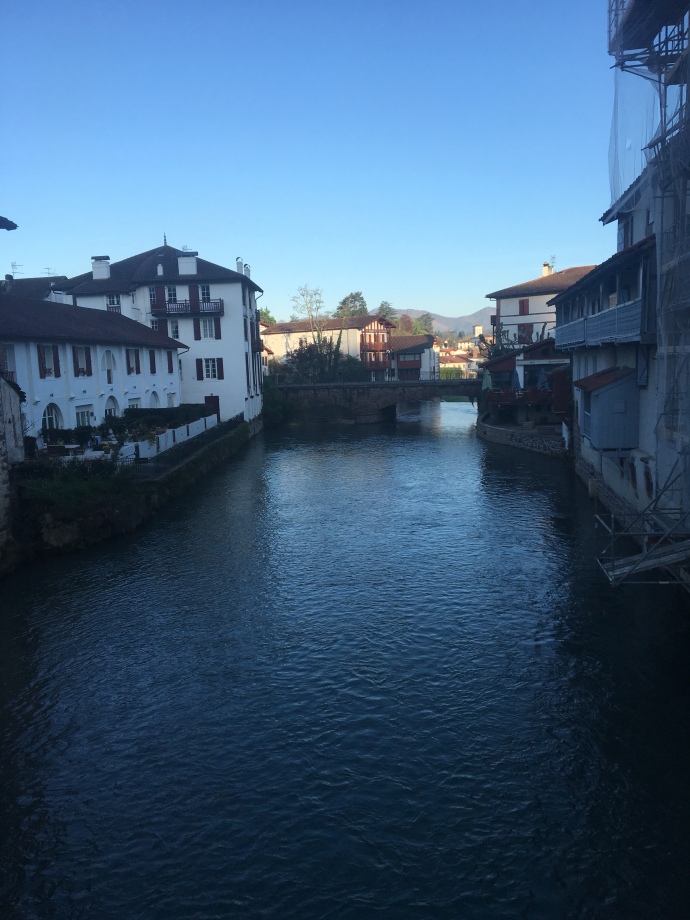 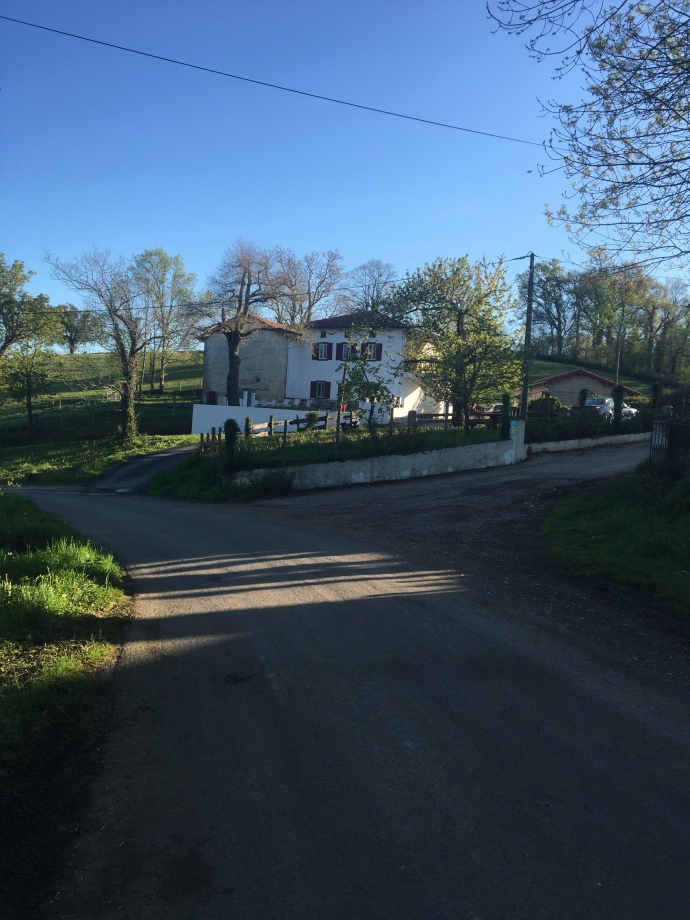 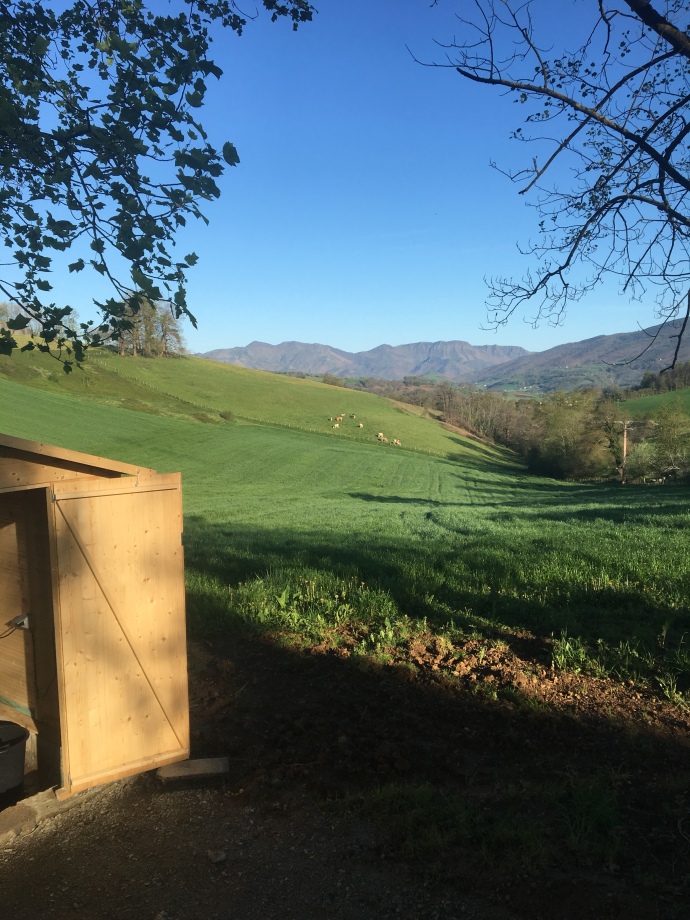 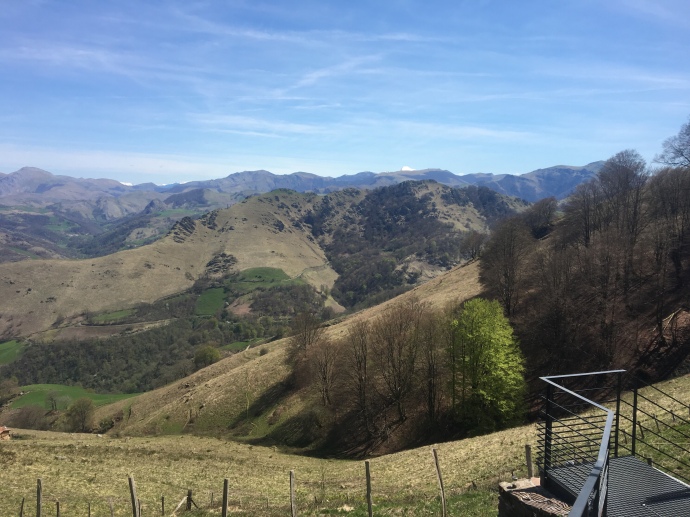 given the extremely warm (low 80s) conditions, my lack of energy (most likely due to my approximately total of five hours of sleep over the past 48 hours and inability to consume enough water), it was definitely the correct decision.

After getting to Roncevalles I secured a room in the very modern hotel part of the monastery which was completed in 1085. My accommodations are immaculate. Since I had stayed in the dorm here last year, I figured an upgrade was deserved. After a much-needed long shower, I shared a Pilgrim dinner with others and then attended Mass to receive the Pilgrim blessing for my journey.

Despite my setback, I am looking forward to beginning again tomorrow. Like today, the weather is expected to be sunny and warm. With a much more level path, and after a good night’s sleep, I am hoping to be invigorated in the morning. Even though I’m not 100% physically, the beauty of the Camino and the pilgrims I have already met from England, Germany, Canada, Portugal, Belgium, South Africa, the US, and many other countries, will sustain me as walk on toward Zubiri.