I’m finding it extremely difficult to write about my hike today because my thoughts are on the Boston Marathon, a race I have had the privilege of running nine times. This was the 117th running of the oldest marathon in the US. Oddly, I thought about running often while hiking today and had already thought about alluding to Boston in today’s post. Of course, out in the woods I had no idea of what had happened until I noticed a text message from my sister-in-law, Lisa, as I finished my hike today.

Not only had I thought about Boston, but I also reminisced about my first sub 3:00 marathon at Callaway Gardens in 1982. What made that marathon even more special was that Don was there to share in the excitement with me. He is even in the background of my finish line photo. So for much of the hike today I thought about running, a sport that has been an integral part of my life for over thirty years. Come to think of it, I miss running.

Getting back to the hike, for most of the morning I literally walked in a fog, at times so thick that I could only see a few feet in front of me. For the first two hours or so I saw no other thru hikers. I did meet a group of southbound section hikers from Florida, including Mayor who sported a top hat. Then I came across a hiker I had seen yesterday but not met. Pigpen is another 20 something hiker from near Dalton, GA. He proved to be an asset on two occasions today. First, he happened along when I was staring down about a ten foot rock face, trying to figure out how I was going to get down it. Pigpen managed easily and then held my poles as I followed the path he had taken. Later in the day he topped off my nearly empty water bottle with his Sawyer squeeze filter, which saved me a trip down a path to a spring. There are some really fine young folks hiking the trail.

The highlight of the day was a climb up an exposed section of trail to Big Firescald Knob. The sun had come out by the time I reached this section of trail, which made for some more spectacular views. This is one section that even offers a blue blazed alternative trail for bad weather or for those uncomfortable with exposed ridges ( where there are severe drop offs on both sides). The 360 views along the ridge definitely made the challenging navigation of the rocks worthwhile. At the best vantage point for views, I came upon Nick, another young hiker who was taking a break on a ledge. I took his pic before moving on up the trail.

Before leaving the rocky area, I had lunch myself on a rock outcrop. After lunch I passed Say What for a second time today and met City Slicker, a young man from South Boston, when I stopped briefly at Jerry Cabin Shelter. We talked about today being the Marathon, oblivious to the events which were unfolding. City Slicker, a runner himself, said he had completed
Boston in 1992.

Later in the afternoon I again stopped briefly at Flint Mountain Shelter where a large group of hikers, that I had not met before, were taking a break. Among them was Candy Pants, a young lady from Tuscaloosa, AL, who hiked with me for the next couple of miles. I introduced myself to the group and told them about Don and the reason for my hike. Again my words were met with compassion by all.

When I reached Devil Fork Gap I ended today’s hike at 18.7 miles. I had arranged for Hattie’s son to shuttle me into Erwin where I plan to take a day off tomorrow. On Wednesday I’ll shuttle back to where I left off and walk the remaining 32 miles back to Erwin. I’ve been on the trail for 24 days and have hiked 23 of them, so I felt I owed my body a day of rest.

When I got to Erwin I checked into the Super 8 motel. After a hot shower, I walked approximately a mile to the Country Scrub board Laundry where I enjoyed chatting with Judy, the proprietor, and Melissa as my clothes washed and dried. Judy commented that many hikers had stopped by the past few weeks. So I told the ladies about my hike and shared my web page with them. I also showed them some of my pictures on my phone. Again, it’s always fun talking to the locals. After leaving the laundry I stopped by McDonald’s, one of only two restaurants nearby, for a bite to eat. Today was a tiring one in many respects, but all in all it was another beautiful day to hike on the Appalachian Trail. 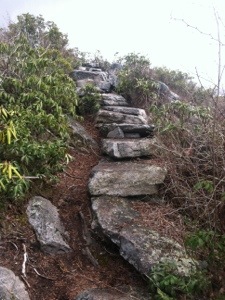 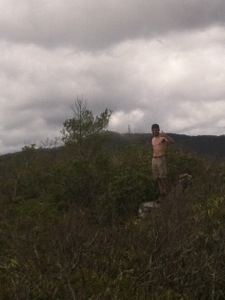 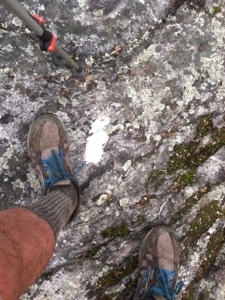