So much for $3.00 dollar store, drawstring, nylon, (made for elementary school kids) day packs. What was supposed to be another slack pack day turned out to be a no pack day for the final 19 miles of today’s 20.6 mile hike. The undoing occurred when I tried to overstuff the sack with my rain gear. Then I spent at least ten minutes trying to rethread the strings before giving up. At first I attempted carrying the bag, by alternating hands and awkwardly balancing my trekking poles. Finally, however, I arrived at the perfect makeshift solution. First I put all my food, including two burgers I had bought at McDonalds last night, in one of my jacket pockets. I also put a water bottle in my shorts pocket and another in my other jacket pocket. Then I unfastened the hood of the jacket and placed the zip lock bag containing dry gloves, socks, and shirt in it. Finally, I pinned the hood to the back of my jacket. So off I went, with no pack, but a very heavy jacket.

For the entire morning I saw no other hikers except two young men who were taking down their tents. They had camped just past the train tracks across the river when leaving Erwin. I said good morning but didn’t stop to chat. Afterwards I hiked without seeing anyone until around noon when crossing Beauty Spot. 51-61, a section hiker from Luxembourg, was covering the same distance as myself, but headed southbound. The 53 year old said he had started the trail when he was 51 and hopes to finish when he turns 61, thus his trail name.

Up until this beautiful bald, the trail, like yesterday’s, continued to be rather non-descript. All morning the cloudy sky had threatened rain, but none came. Then at about 1:00, to use another colloquialism, the bottom fell out. The rain quickly turned the trail into a river. And with the deluge came dropping temperatures. As I hiked through the downpour, I felt increasingly colder. Wading through water, dodging slick roots, and trying my best to sidestep unending black mud, made for a challenging three hours despite the almost level trail. On a clear day this section would have been cruise city.

As the uncomfortable afternoon continued, I met several thru hikers who were slack packing south today. Among them were Hobo and Trouble from trailjournals. Hobo immediately asked about my cap. When I told him about Don and the purpose of my hike, he responded like so many others by telling me that he had lost a good friend to ALS. Before we headed in opposite directions, Hobo thanked me for telling him about my brother. I sure hope I have a chance to hike with Hobo later up the trail.

By the time I reached the Cherry Gap Shelter, the rain had temporarily subsided. One lone hiker had built a fire and was trying to divert water away from his tent site. For just a brief moment I thought that I might like to be staying in the shelter by the fire. Then I remembered the words, “hot shower,” and thought, “not tonight.” As I walked on I did see a couple with two German Shepherds and a single older man who said he was hiking on to the next hostel.

When I reached Iron Mountain Gap at 4:15 Tom was waiting. I couldn’t have been happier to see that silver truck. Since I was completely drenched and cold, Tom turned on the heater for a few minutes to warm me up. When we arrived back at the motel, I had to say goodbye to 10K. He has been by far the most reliable and congenial of all the shuttlers I’ve used on this thru hike as well as my previous section hikes. Thanks, Tom!

As I was entering the building, Diane, Molar Man’s wife, offered to drive me to the laundry. I graciously accepted the offer, not wanting to walk the approximate mile after a plus 20 mile day on the trail. At the Country Scrubboard I again got to chat with Judy. Just after she commented that not many hikers had been in today, in strolled Oxy and Bojangles who I had not seen in over two weeks. They are about four days behind me but had come into Erwin for a meal and laundry. I also met Yukon and Jabberwocky, who were with them.

Before leaving the laundromat, I said goodbye to Judy. Even though I had only met her earlier in the week, she seems like an old friend. I was sorry that I has not had the opportunity to say farewell to her friend Melissa. So with clean clothes once again, I’m ready to begin the next segment of trail. Even with the rain, it was again a good day to hike. My life continues to be enriched by all the wonderful hikers and townspeople alike that I meet as I journey northward. I’m a little tired, but I still want to look over my options for the next three or four days before calling it a night. Tomorrow’s forecast calls for cooler temps and lots of sunshine. Sounds like another good day to take a hike on the Appalachian Trail. 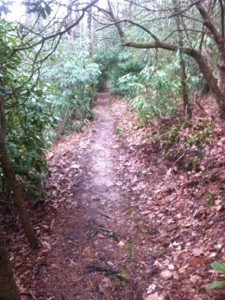 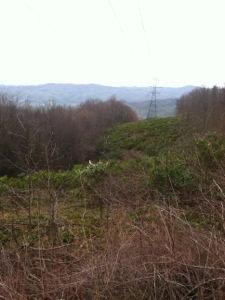 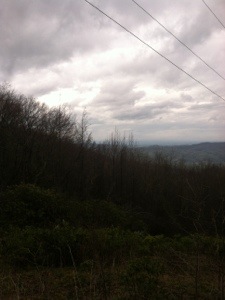