Over breakfast at the Longhorn Palace Pancake House, Mike noted that coffee is the ubiquitous drink. When I commented that “ubiquitous”
didn’t often come up in hiker conversation, Mike said that one could become an expert on anything with a little research. From there he lectured briefly on Faroe, some Scandinavian island near Iceland. Having taught MacBeth a couple of hundred times, I said I suppose I could talk about the Shakespearean tragedy for awhile. Pilgrim said he didn’t know the story of “MacDeath.” Fortunately we were about finished with breakfast as the conversation took the downward spiral.

As for the trail today, rocks, mud, roots, leaves, and a minuscule amount of pine straw prevailed. Mud overwhelmingly led the way with roots taking a distant second. Views came in last since there were none on the 9.9 mile section from NH 25A to NH 25. I’m not quite sure why different New Hampshire roads have the same numbers with a letter affixed. It can get downright confusing at times. But before I start rambling too much, there really wasn’t anything noteworthy to report on in regards to the trail today. It was simply more of the same. To relieve the tedium, at one point I was requested to summarize MacBeth. I did so over about a mile. Banzai followed my lecture with a discourse on Job.

Like most of the past few days, we met some southbound thru hikers. One, Flip, said he got his trail name because he did backflips on the trail, without his pack of course. I failed to mention Puck, another SOBO that I met earlier in the week. Puck carries a hockey stick in lieu of a trekking pole. Almost all of the southbounders have been young men. I’ve only encountered two women and three folks around my age. The closer we get to the end, the more hikers headed to Georgia I will see. Some already look a bit weary. When asked, they also will provide information on what lies ahead. The only problem, however, it that each perspective may differ. For instance, Puck can’t understand why we aren’t all carrying hockey sticks.

Throughout the day we only took one break. We did so at Mt. Mist, a spot where section hiker Laura and her teenage son Sam were resting as well. We had seen the duo yesterday. I shared my web page with Laura and listened as she talked about some of her previous hikes including her first climb of Katahdin. From there Banzai, Pilgrim, Susquehanna Slim. and I hiked at a steady, rather fast pace all the way to the road. About a mile before reaching it, Mike met us. He continues to enjoy doing some out and back jaunts for exercise. A former collegiate cross-country runner, Mike typically hikes at a pace equivalent to his brother.

Before driving back to Lincoln we stopped at a nearby hostel in Glencliff to gather some information about the Whites from Legion, an AT and PCT finisher. When we got back to town we had lunch and visited the post office. Walking around a bit, we ran into several other Northbounders. I hadn’t seen Salad Days and Risk It seen since Daleville, VA. They offered some advice and strategy for our first significant climb up Moosilauke. Sadly, their description of the mountain didn’t alleviate my trepidation. Still it was good to hear the perspective of someone who had just ascended it.

So tomorrow we begin the notorious Whites. Like most marathon runners, I have always held the belief that the half way point of the race is 20 miles. It takes as much physical and mental energy to complete the final 6.2 as it does the first 20. I have now reached the “real” half way mark of the Appalachian Trail. Everything up to this point has been a warm-up for what now awaits. Tomorrow my hiker friends and I will enter the Whites. This is like being promoted from Double A baseball to the major leagues. Where I have been averaging two to two and a half miles an hour, I’ll now need an hour or more just to cover a mile. It’s going to be tough. I’ll also need to be even more cautious as I try to meet the challenge of the White Mountains of New Hampshire with only 398.7 miles left to walk on the Appalachian Trail. 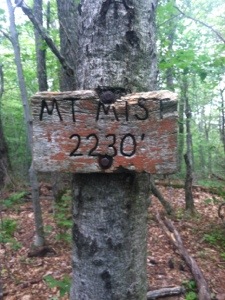 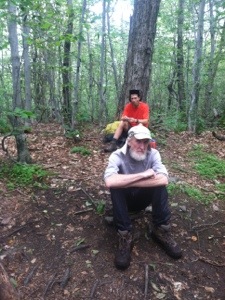 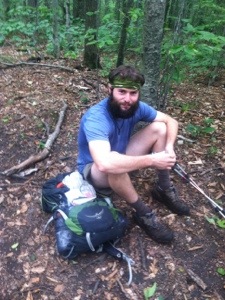 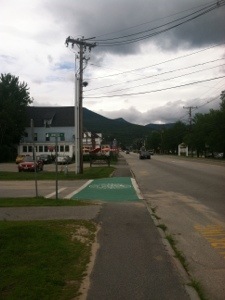 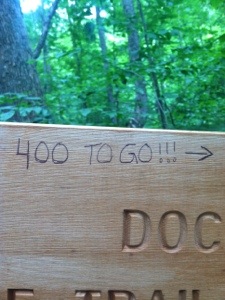 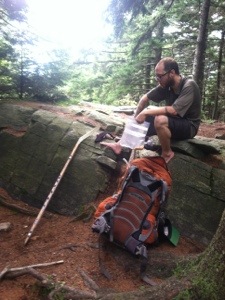