Saturday, August 10: On a sunny, mild, windy day I entered my 14th and last state on the Appalachian Trial. Along with Pilgrim, Susquehanna Slim, and Molar Man, I also passed the 1900 mile mark. So as I sit in the Full Goose Shelter this evening, I’ve found myself thinking back on some early days on the trail. On what should be a cold night, I commented to Molar Man that I’m glad we’re not in the Smokies. It was at Spence Field Shelter that we first met. Seems like years ago. Time continues to have little relevance on the AT.

My day began when the alarm on my watch sounded at 3:30. Since we wanted breakfast and an early start, the before dawn beginning to the day was necessary. Plus we had to hike the 3.5 miles back to the Gentian Pond Shelter on the Austin Brook Trail and the 0.2 from the shelter to the AT. We only get credit for a 9.6 mile day even though we hiked a total of 13.3 miles. The miles on the Austin Brook trail went quickly. We then stopped briefly at the shelter before heading on to the AT. Pumpkin Head, a northbounder that I had heard of but never met, and Spacey were still there. When we did finally begin the AT portion of the day it was 7:48.

Throughout the day the trail offered a variety of difficulties. We climbed Mt. Success, Mt. Carlo, and the west, east, and north peaks of Goose Eye Mountain. And of course every time we ascended, we had to descend. Each mountain posed some type of challenge. From slippery, wet rock faces that required pulling myself up ledges, to straight, dangerous rock slabs I had to try to gingery walk or slide down hanging on to trees on the erosion line, the trail didn’t really offer up anything new. We left New Hampshire with a short rocky ascent and were greeted in Maine with a climb up Mt. Carlo. All in all the trail still demanded respect and focus.

By far the biggest challenge of the day came on the west peak of Goose Eye Mountain. Some of the rocks were so steep that rebar had been drilled into the rocks. After climbing up the rebar I still had to hoist myself up on top of the slab. When we finally reached the summit of West peak, the wind gusts had to be at least 60 MPH. I had a difficult time just standing. Due to the wind I didn’t pause. It was important to get back below tree-line as quickly as possible.

In addition to the wind, extensive bogs of squishy black mud appeared on almost every flat area of trail. Slim and I both made the mistake of stepping in the oozing substance. It literally came up to our knees. On numerous occasions I walked several yards off trail to try to avoid the quagmire. It was a downright nuisance. Plus many of the boards over the boggy sections were submerged due to yesterday’s hard rain. If it’s not one thing, it’s another on the AT. From slippery roots and rocks to jagged rock faces, to the oozing mud and puddling water, it seems like there is constantly an obstacle around every bend.

Yet despite the challenges I have made it to Maine. Darkness is approaching and the shelter is steadily filling. Thru hikers headed north meet hikers headed south. Trashcan, Hoops, Spacey, Burning Man, Acunamatata, and others whose names I didn’t get are here. A pleasant group has assembled. Stories are being shared. The AT community is family. Everyone is willing to make a little shelter space for late arrivers. So as I settle in for the evening all is good. Tomorrow my buddies and I will tackle what all consider the most difficult mile on the AT as I hike my second day in Maine on the Appalachian Trail. 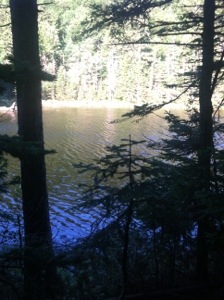 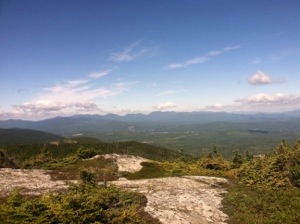 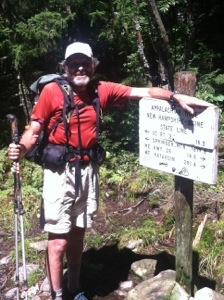 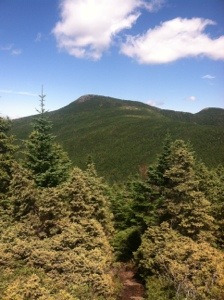 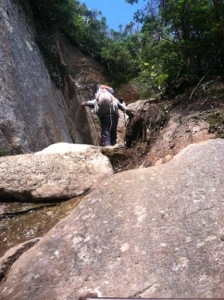 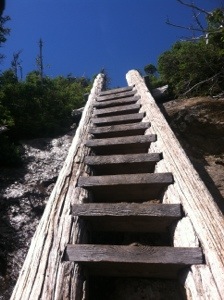 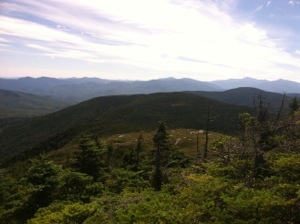 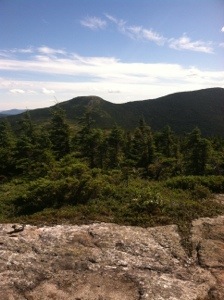 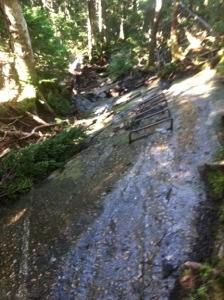