Once again I appreciate all the text messages, emails, and comments when I fail to post on any given day. Since some have expressed concern, I thought I’d pose a multiple choice question for the answer. Don’s Brother writes every day; however, he has been unable to post his entries over the past few days because he (a) had his pack stolen by a bear (b) fell off a mountain (c) had no cell phone service (d) decided to leave the trail and fly to Argentina (e) was kidnapped by mountain people who refused to release him until he learned to pluck the banjo. “e” should be the first to be eliminated. All the mountain folks I have met have been both kind and helpful. “a” is highly unlikely since there are rarely bear encounters on the AT. I have considered “d” a couple of times; however I’m traveling without my passport. That leaves “b” and “c.” Almost every day I hike near the edge of a mountain, but falls are also rare. Plus, if that had happened, it would have probably been on the news. So if you answered “c” you are correct. I have been in one of the most rural, remote areas of the entire trail the past three days.

Since Mary had offered to drive any hikers to the trailhead who were waiting by the church at 7:20, I made sure I was ready at the designated time. Not Yet and Sunshine joined me by the road. We said our goodbyes and thank you’s to Mary before she drove away at Dickey Gap. I hiked away from the other two who had decided to have something to eat before beginning. Like yesterday, the gentle trail made for fast hiking. After a short climb, the trail descended for about seven miles.

At VA 672 trail magic in the form of a variety of snacks and soft drinks had been provided by the Valley View Baptist Church youth of Sugar Grove, VA. The church is located less than a mile down the gravel road near where the magic was left. I took an oatmeal pie and fig bar, but chose not to take one of the canned soft drinks. The churches in this area of Virginia support the hikers to the fullest. You have to admire young folks who take on projects like this. It appeared that it was an ongoing endeavor on their part.

Throughout much of the day I hiked to music. One aspect of what seems like the most popular country music station in the area is a fifteen minute devotional every weekday at noon. So there I was getting an inspirational message from the Bible between Blake Sheldon and Carrie Underwood. As I just said, the communities revolve around the churches in this neck of the woods.

When I reached the Partnership shelter, one of the nicest on the entire AT, I took a brief rest even though I was only 0.1 mile from the Mt. Rogers Visitors’ Center where I planned to conclude today’s hike. Matt and Scarecrow were the only two there, but it was early afternoon. This 16 person shelter, which has running water and a shower, is favored by AT hikers because pizza can be delivered. Still I needed to go into Marion since I hadn’t done laundry in a week and was almost out of food.

After walking across the road from the visitors’ center, I quickly got a ride from Travis in a work truck. Unfortunately, he could only take me to the edge of town which meant another road walk of about 3 miles, with a full pack, to a motel. I stopped on the way for a KFC meal and updated my journal after eating. Then I walked to and checked in at the Econo Lodge. I continued working on my journal after a shower, but knew I had to eventually walk over a mile to the laundromat. As I left my room, I spotted the white Volvo in the parking lot. Molar Man and Diane were here as well. The desk clerk was nice enough to give me their room number. Surprised to see me, Diane quickly volunteered to take me to do my laundry. After the chore, I made a stop at Walgreens and McDonald’s before returning to the room.

I arrived just in time to turn on the TV to see Tim Hudson’s home run. Thinking about my brother, I sent Brent and Sam text messages. Don always loved watching and discussing the Braves’ games with Brent and with me. I can’t think of a better ending to another great day of hiking than being able to watch Tim Hudson’s 200th victory. Tim showed kindness and compassion to Don when he was sick. I miss my brother greatly, but I carry many memories with me each day I take another step along the Appalachian Trail. 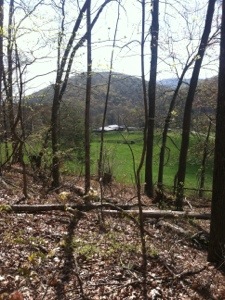 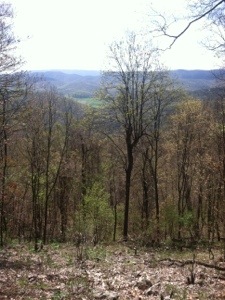 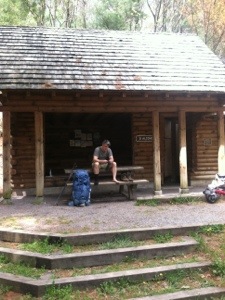 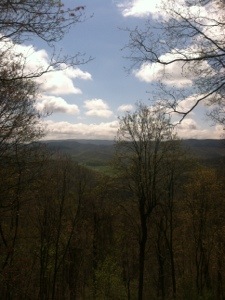