When Fresh Coke asked me how I slept last night, I immediately knew that he and Restless Cowboy had heard my “night terror” screaming. I explained the malady to the German brothers as best as I could. Restless Cowboy replied that he wasn’t sure if he should have come across the hall to check on me. Assuring the two that I always eventually wake myself, they still seemed a little befuddled by the wailing that had awakened them in the middle of the night. It was only my third such episode since the hike began. None have occurred in the woods, thankfully. This one, I think, was also the first that had been overheard by another hiker. Oh well. Maybe it will give the lads from Europe a story to tell when they return to their homeland.

The brothers are leaving the trail for a few days to do some sightseeing in the New England area before Fresh Coke departs for Germany. For him his hike is over. He just points to his head and says, “Mental,” when asked why. Restless Cowboy plans to return and finish the hike solo. With a mid-September visa expiration, he should still have time. Later in the morning I would wish them well before I headed back to the trail. The first leg of their off-trail excursion involves a hitch to Hartford. Both the brothers seemed very sure that they would have little trouble finding a lift.

After again cooking myself some breakfast, I moseyed down to the Post Office to send a few items up the trail. Since Franklin, NC I’ve travelled without a tent. As of today I’m sleeping bagless as well. Since I was still carrying my winter bag and recently hadn’t used it except to lie on, I figured why not trim some more weight from the pack. I also shipped my rain pants and gloves ahead. Andy, the postal worker on duty, found me the perfect size box for the items, which I forwarded to Norwich, Vermont, the last trail town before New Hampshire. With all the towns I’m hitting, I don’t know why I haven’t sent these items ahead long ago.

After mailing the package, I walked to a cafe on Main St. for a cup of coffee. As I entered “A Whiter Shade of Pale” was playing in the background. I made a reference to Procol Harum, but it quickly became obvious that the young lady behind the counter failed to understand my comment. I, therefore, decided not to get into “while the Miller told his tale” lyric from the late 60’s hit. Not seeming too interested in my small talk, she turned to help another customer with almost a smile. I took my coffee to a table outside where I joined Banzai who was sipping on some juice and munching a muffin.

Old Banzai looked a little down. When we talked about the morale on the trail, he said some people may say they’re still enjoying the hike, but deep down he feels everyone is miserable. Can’t say that I disagree with him. When I offered him part of my shuttle at no expense, he accepted after a brief rumination. So we walked back up to Grove St. for the ride to The AT. Maria was at her sassy best during the eleven mile trip up MA 41 where I had ended yesterday’s hike. She had both of us laughing and cutting up with the delightful lady for the duration of the ride. I said my final goodbye to the AT legend and then began the walk with Banzai.

We hiked together for the first 3.8 miles, a level stretch through a section of untrimmed foliage. The mosquitoes began their barrage early and never let up for the 12.0 mile day. Banzai left the trail at US 7 for Great Barrington. I hiked on to MA 23, which also leads into town. After Banzai’s departure I saw no one else all day. Fortunately I covered the last 8.2 in well under four hours. The trail today was about as nondescript as any over the past three weeks. Mud, pine straw, a few moderate size rocks, roots, and vegetation summarize it well. What made the hike utterly miserable (in no way magnificent) was the merciless mosquitoes. I’ve come to the conclusion that these varmints have a plan. The first unit’s task is to lick all the Deet off of hikers so that the second unit can come in for the strike. Quite frankly, I don’t think any bug spray is effective. Despite multiple applications, I stayed covered and under attack all day.

With no one else around I was left with a lot of time to think about how miserable I was. At one point I felt downright mad, which is a characteristic I almost never display. I used to tell my students that I only got angry twice a year and that I didn’t intend using one of the times on them. Today I used one on the mosquitoes and biting flies. I kept thinking about all the people who have tried to encourage me and other hikers with comments like, “I really envy you,” or “you’re doing great,” or (the most asinine) “you’re almost there.” If anyone had popped out of the woods with one of those comments today, I might be in the Great Barrington jail charged with assault. I hiked mad all day, and actually felt pretty good doing so.
At least I’m being honest with how this hike is going lately.

So now that I’ve vented for awhile, life is good here at the Travel Lodge. You see, I got a text followed by a phone call from Pilgrim this morning. He’s decided he wants to try my plan for a few days. Having lost too much weight and suffering from the heat and humidity, the fellow sojourner needs new direction. Tomorrow he’ll ship some gear home and learn my method for “light pack, big miles, and beds.” The “big miles,” unfortunately, may not be quite as big with the adverse conditions right now. Vermont, however, is only a few days away where the elevation increases substantially. For now, Massachusetts and mosquitoes continue as Pilgrim and I try a little duo hiking tomorrow up the Appalachian Trail. 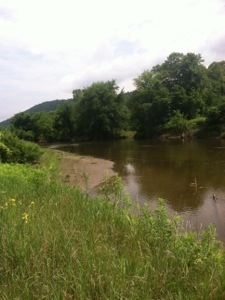 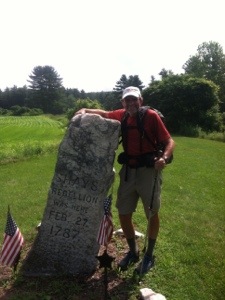 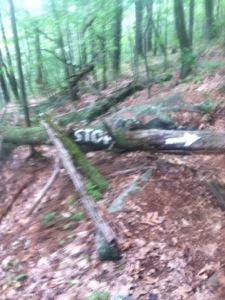