I first set foot in Bennington, VT in the mid 90’s. Linda and I had flown to Boston, rented a car, and were doing a B & B vacation throughout New England. We stopped off in Bennington for lunch at the Madison Brew Co. before driving up to Manchester Center for the night. At the time I doubted that I would ever visit Bennington again. Less than ten years later, however, Alton and I ended an AT section hike of CT/MA here the day Ronald Reagan died. Then in 2007 I hitched in from VT 9, just to get a Friendly’s burger, before hiking to the Melville Nauheim Shelter at the beginning of our Vermont section hike. So today I’m walking around Bennington for the fourth time. I like this town.

The day began with another trail angel, Alan, the proprietor of the motel, driving Banzai, Pilgrim, and me to the Blue Benn Diner for breakfast. A favorite of hikers, the Blue Benn looks like it belongs on a 50’s movie set. With a juke box at every booth, I wondered what would happen if multiple people chose to select a song simultaneously. Fortunately only one patron needed to be serenaded on the already hot morning. My friends and I listened along for free. It doesn’t get much better than classic country music during breakfast in a small town America diner. With home made raspberry jam from a jar, bacon and eggs never tasted so good.

After our meal Alan even returned to offer another ride to wherever we needed to go. I chose a trip to the laundromat. From there I walked to the post office to pick up my packages. Thankfully, I’ll now be able to hike with two poles after finally getting the replacement parts from Leki. They honored their lifetime warranty with a complete new shaft. Since I’ve hiked with only one pole for over three weeks, it may take an adjustment to acclimate myself to two again. Really it should be no issue. I’m sure I’ll once again be grateful for both as I resume the Vermont AT tomorrow.

So with a free afternoon I decided to go for a walk. At one point I asked a pedestrian how far it was to the Old First Church. She said it would take me about an hour and forty minutes if I were a fast walker. I arrived at my destination in twenty minutes. After a brief tour of the 208 year old current structure, I ventured to the cemetery behind the church to pay homage to my favorite American poet, Robert Frost. Frost had owned a home in the nearby town of Shaftesbury and was present at the Old First Church for its re-dedication. While visiting the site, a couple from Manassas, VA engaged me in a conversation regarding my hike. I told Greg and Nora about Don and some of the facets of the trail. Seeming very interested, they asked lots of questions. Before leaving the graveyard, I sat on a shady bench by Frost’s grave for awhile and wrote.

For the remainder of the afternoon I just rested. Much has certainly transpired over the past week. For instance, last Tuesday when I saw Susquehanna Slim sitting on a bench in Salisbury, CT, looking tired and dejected, I shared with him a little about my method of hiking the AT. A few days later he had temporarily left the trail, suffering from exhaustion. So I emailed Slim an invitation to embrace the Don’s Brother’s Method (DBM) for the remainder of his hike. Last night Slim accepted the offer. With a prior commitment next weekend, Slim plans to continue his southbound hike toward the Delaware Water Gap for now. Then one week from today he intends to join Banzai, Pilgrim, and me for the assault on Katahdin. Yes indeed, it’s all coming together. Our trio will soon become a foursome as our motley bunch marches northward up the Appalachian Trail. “One could do worse than be a swinger of birches.” 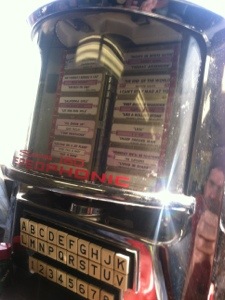 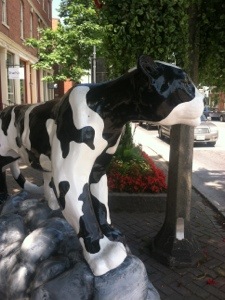 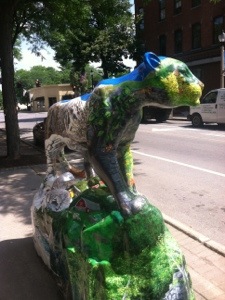 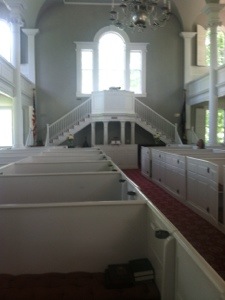 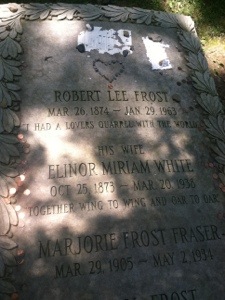 One thought on “Bennington, VT”